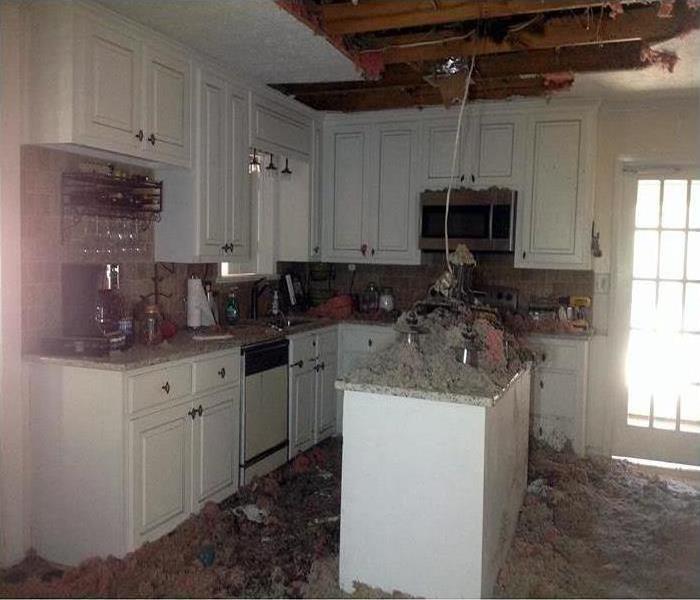 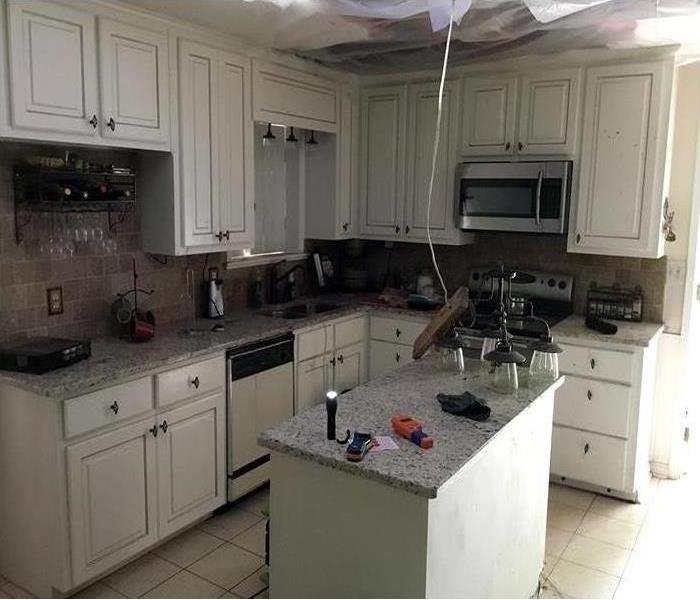 Fire damage at this Sarasota home’s kitchen began as an electrical fire above the kitchen ceiling. Fortunately the fire was extinguished quickly by the homeowner, but not before a significant portion of the ceiling had been fire damaged along with rafters and insulation in the attic. SERVPRO of South Sarasota technicians would compile a complete damage report for the homeowner and their insurance company. Then they would present a comprehensive fire damage restoration plan. Damaged building materials would need to be torn out and replaced. The source of the electrical fire would need to be repaired by a licensed electrician. Hydroxyl generators would be used to rid the house of the noxious odor left behind by the fire. Finally, the ceiling would be replaced, and the kitchen would be put back in order for the family.

View More Before & After Photos