Clearing Fire Damage And Odor From Your Home In Sarasota 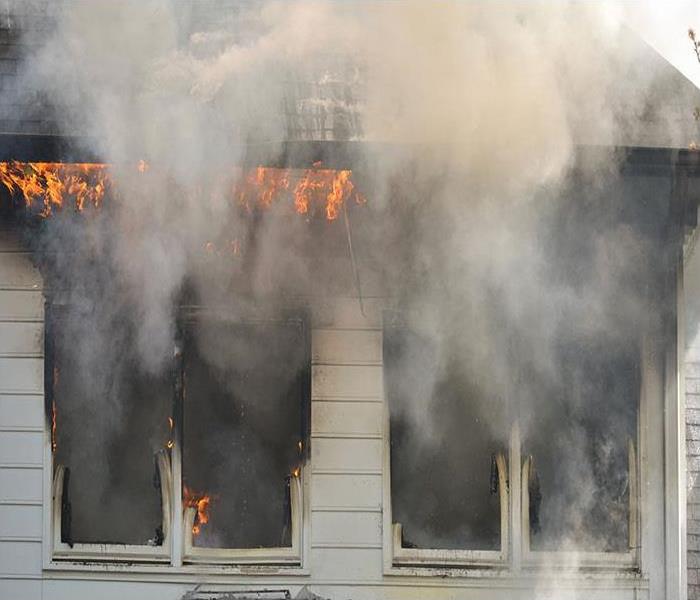 Odors are an unpleasant part of any home environment.

When restoring your home from a recent fire, one of the toughest challenges is removing all trace of odor. Fires cause materials to combust at high temperatures, during which time they release chemical particles into the atmosphere. Depending on the type of materials burning, these chemicals may create mild or strong malodors with synthetic materials like plastic, generally producing the worse smells.  Odor particles are hard to remove due to their size, measuring in at just 4 microns- a human hair, by comparison, registers at 100 microns.

When you need to restore fire damage and odor in your Sarasota home, you should seriously consider professional assistance. While removing soots, soiling, or debris from a fire may fall under a manageable task, as there are many chemical changes to your indoor space that are invisible to the naked eye. Our approach at SERVPRO is to take in a broad spectrum of odor-controlling methods and equipment to ensure we work practically and efficiently.

You may notice odors are more prominent in your home when water is present. This may be the result of firefighting procedures to put out the blaze or from cleaning surfaces. The nose is more sensitive to smells when moisture is present in the air. Often, as the property dries, odors become less prominent. However, they may remain above the level before the fire.

SERVPRO technicians attempt to loosen bonded smoke particles from surfaces during cleaning. It is sometimes dislodging odors with light vacuuming or agitative machinery. Other times, airing the property by opening windows and placing box fans to encourage air exchange can be effective odor management. However, particles that are subject to high pressure may enter surfaces, making it tougher to remove. In these situations, SERVPRO technicians can use sealing primers to lock odors into the surface. A homeowner then has a clean wall for repainting to complete the job.

Odors are an unpleasant part of any home environment. Contact SERVPRO of South Sarasota at (941) 552-6319.