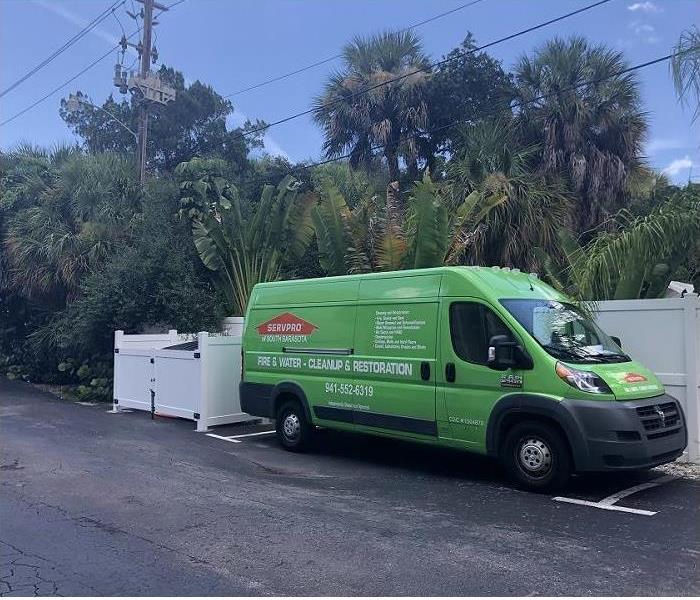 When you see our Green Fleet around town, you can rest assured that SERVPRO is on the job to restore your flood damage.

Modern-day Sarasota is home to almost 60,000 citizens. This historied area was originally home to both Amerindian tribes and Spanish colonists exploring the area as early as the sixteenth century. The original documented contact between Spanish explorers and indigenous Americans occurred in 1513 after landing at Charlotte Harbor. What surprised the explorers was that the Americans already knew some Spanish, meaning even earlier expeditions had reached the area.

The Sarasota area was first documented in detail by Spanish explorers in the mid-1700s and given the name “Zarazote.” These early sheepskin maps also included what is now Bradenton. In the late 1800s, a massive 60,000-acre land purchase by The Florida Mortgage and Investment Company of Edinburgh greatly expanded the land available for city development. Shortly after that, the town became a haven for Scottish settlers.

Sarasota established a local chapter dedicated to finding sister cities in 1963. This group started not long after President Dwight D. Eisenhower began the diplomacy program in 1956.

Sarasota also has two “Friendship cities”: Rapperswil-Jona, Switzerland, and Busseto, Italy. These locales were introduced in 2017 and 2020, respectively.

SRQ hosts several local festivals each year, such as:

Technicians use a multitude of detection tools before initiating Sarasota flood removal services. However, only one is designed to detect moisture inside, underneath, or behind surfaces: the infrared camera. Thermography ascertains locations with potential moisture damage by observing temperature changes.

This tool provides a variety of benefits: